Newport is currently recruiting new members!
We are currently recruiting operational members to join the team! No experience is needed as full training will be provided.
We have an immediate need for support members, who help with a large number of tasks related to our work. This is open to anyone interested in volunteering in a Search and Rescue environment, in a charity support capacity or in fundraising activities. 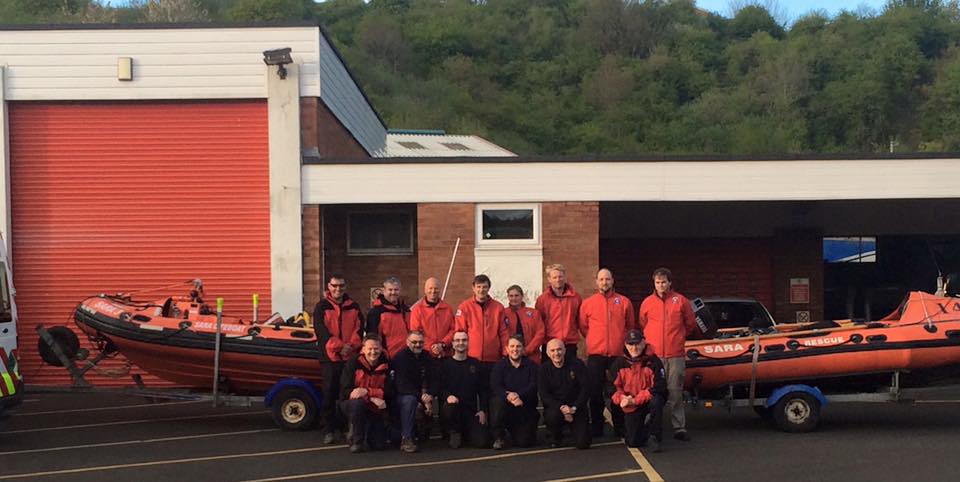 The SARA Newport Lifeboat Station is based in the Malpas Fire and Rescue station, on the north side of Newport city.

The Station is best known as being home to the Gwent Lifeboat – SARA 14 ‘’The Maureen Easton’ – and a rigid flood boat, SARA Rescue 19. One of our Swift Water Rescue Teams that specialise in technical water & flood rescue is also based here. The Station has two landrovers, Mobile 1 and Mobile 20, which are used to deploy the team and the boats. The Lifeboat is generally launched at Uskmouth.

The Team has been located in the Malpas Fire and Rescue station since 2014. This enables the team to maintain a strong working relationship with South Wales Fire & Rescue Service, and has also provided the much needed room to expand our rescue capability. SARA is very grateful for their hospitality.

SARA Lifeboat 14 was launched in October 2016, and was funded through a substantial bequest from the estate of the late Ms Maureen Easton, who lived in the West Midlands and holidayed in our area. The generosity of the donation also presented an opportunity to purchase a new vehicle (Mobile 20) and provided funds to cover general running costs.