The SARA Rope Rescue Teams were called out this afternoon to find and rescue a walker who had become stuck on very steep wooded ground north of Lancaut.

Team members from Beachley were joined by colleagues from Newport and Tewkesbury. Together they were able to safely escort the well-equipped man across the slippery slope to an area below Cockshoot Quarry, from where he could be raised up the almost vertical rocks using a pulley system.

He was not injured, and subsequently made his own way home – but with two newly qualified Casualty Carers on scene he was in good hands!

It’s worth adding that the chap was, in our opinion, wise to call for help when he found himself in a situation where he felt unsafe moving in any direction.

We would much rather be called out to help like this, than have to conduct a more complicated operation later on, after someone has injured themselves. It’s not always easy to call for help but it can be the sensible thing to do.

And we are grateful to him for allowing us to use his photo. 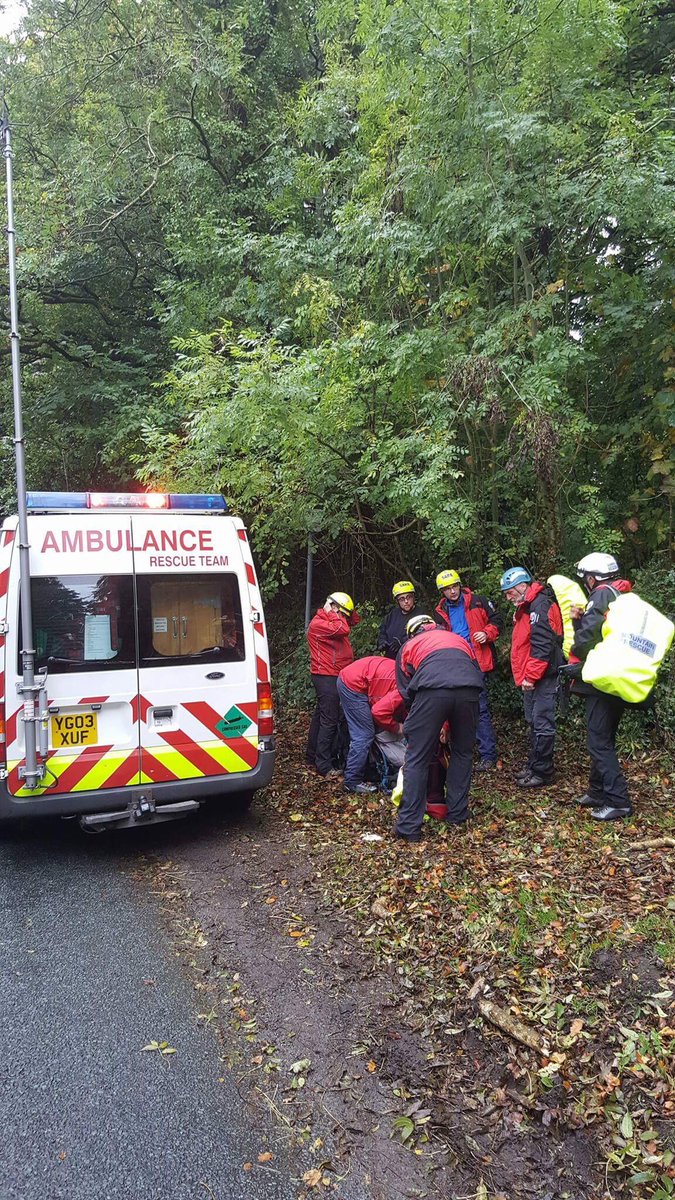 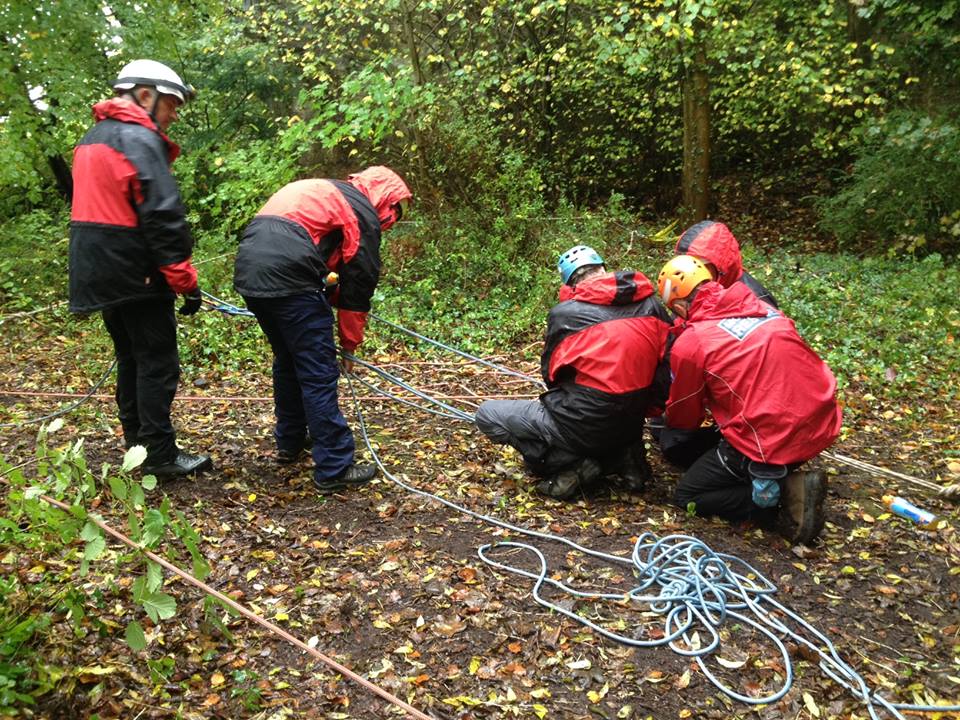 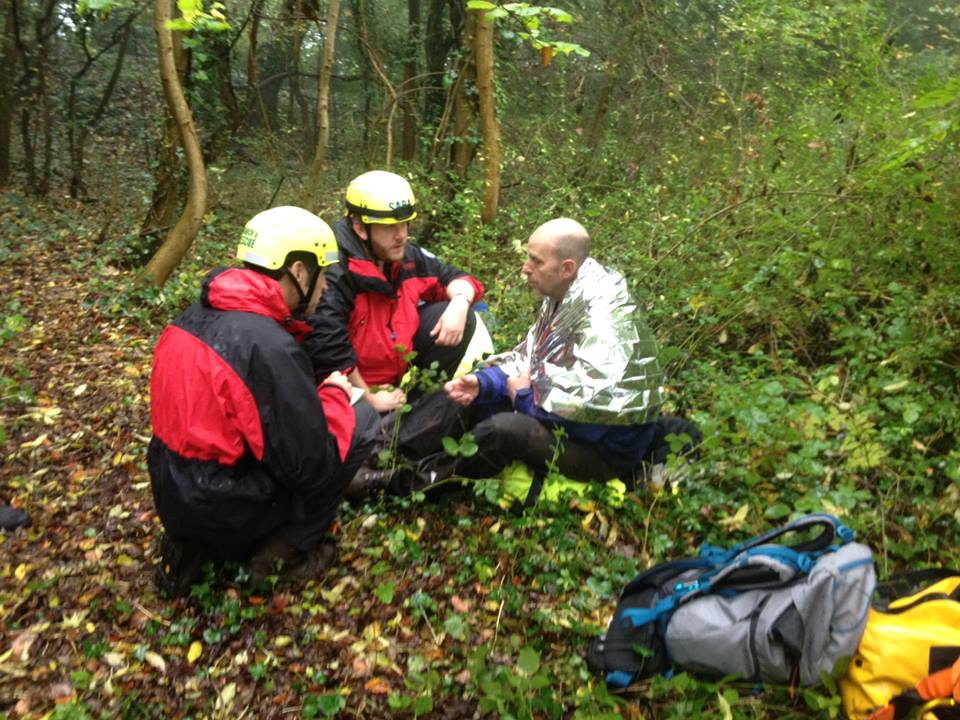 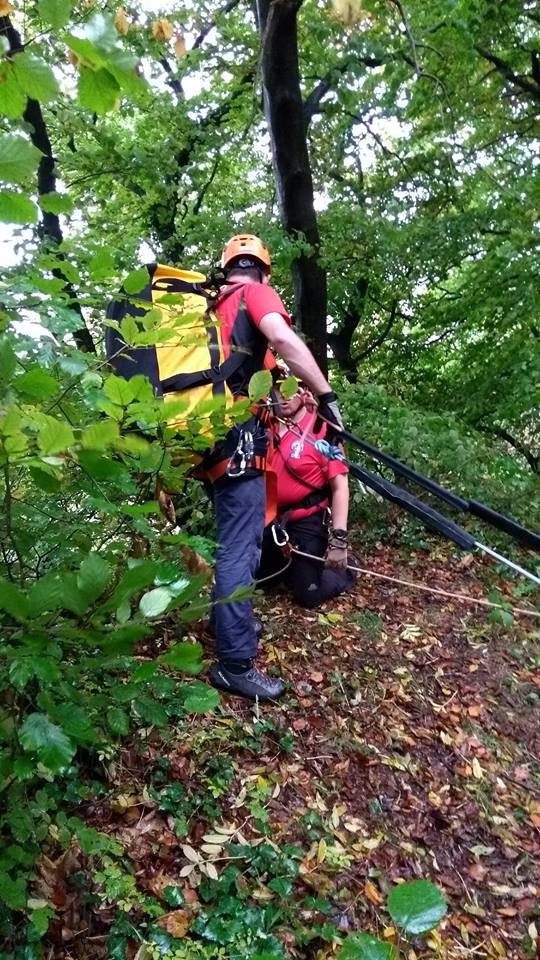