New Lifeboat on the Severn Launched

New Lifeboat on the Severn Launched

We have recently taken delivery of a new inshore lifeboat for duties on the Severn Estuary from Cardiff to Gloucester and the rivers Wye, Avon and Usk. 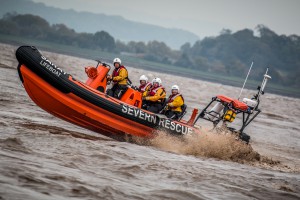 Now the largest of SARA’s twenty rescue boats the “Jim Hewitt” (call-sign “SARA-1”) cost over £200,000 was brought into service on 17th October at a ceremony attended by sponsors and dignitaries representing the towns & counties bordering the Severn Estuary.
SARA’s Area Commander, Mervyn Fleming from Newport said, “This is a long awaited event, our old inshore lifeboat has served this coast for seventeen years and has now been retired to the status of “Training Vessel”. Why the “Jim Hewitt”? … It is the name of the primary founder of The Severn Area Rescue Association over forty years ago. 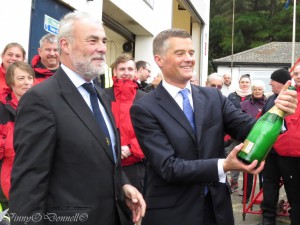 The lifeboat has been largely funded through a £220,000 grant through the UK Government’s Department of Transport, provided through an ongoing scheme to use the millions of pounds in fines levied as a result of the Libor inter-bank interest rate scandal to support a range of good causes.

The new lifeboat, built to SARA’s own design incorporates the new International Lifeboat specifications, has a central communications console and simply bristles with rescue and safety features: all protected by a Kevlar™ reinforced glass-fibre hull.
“SARA Lifeboats are tasked to some of the most dangerous waters imaginable with one of the highest tidal ranges in the World.” Mr Fleming said, “This new vessel is equipped with the latest navigation and direction finding equipment to enable her to safely function in the foggy conditions which frequently occur on the estuary.”

The boat’s Manufacturer “Delta Power Group” of Cheshire report that this is the most technically compact and highly specified design they have been tasked to construct and are very pleased with the result.

The Crew at the Chepstow Lifeboat station are also very pleased with the result… powered by twin 150 HP Mariner outboards the “Jim Hewitt” is capable of speeds up to 45 Knots and is very responsive. With a crew of four and able to carry an additional four passengers or two stretcher casualties, she will give excellent service to the dangerous waters of the region into the foreseeable future. 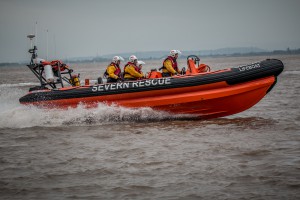